In NLP (neuro linguistic programming) there is a technique that is used by NLP Practitioners to resolve conflicting roles within a person. This NLP technique is known as “Parts Integration”.

This NLP techniques video demystifies the theory of NLP Parts Integration by demonstrating and explaining how parts work and how to integrate them within yourself or a client.

What is NLP Parts Integration?

Parts
In NLP Parts are a portion of the unconscious mind, often having conflicting beliefs and values that are different from the rest (whole) of the system.

Parts Integration NLP is a technique which allows us to integrate parts at the unconscious level by assisting each one to traverse logical levels by chunking up and to go beyond boundaries parts have created to find a higher level of intention and wholeness.

If you think of an orchestra, each part relates to the whole: if one of those parts decides not to play ball with the whole you would have a problem if you were the conductor or the audience!

This NLP article may also be helpful in explaining NLP Parts Integration.

Neuro Linguistic Programming NLP is a powerful set of tools and techniques for managing your mind, and emotions and for developing powerful relationships with others. We teach these in our NLP training in New York. Here we will consider how a powerful NLP technique can be used in a negotiation.

One of the strongest NLP techniques is called the Visual Squash or Part’s Integration. This technique can be used when a person says “on the one hand I want A but on the other hand I want B”. It is designed to reconcile views that on the face of it appear irreconcilable. It can be a very hypnotic technique and we also teach it to hypnotists on our hypnosis training in New York.

Here is the basic model for Parts Integration.

• Step 1: Identify the stated positions of the two parties. In the first instance these may appear irreconcilable.

• Step 2: Find out what the “higher” intention or need of each of the parties is. This higher intention is found by asking questions such as “If you had what you wanted, what would that do for you”.

• Step 4: Showing the parties that they have a common goal, we can begin to build rapport between them.

• Step 5: When rapport is built, we can begin to step down toward more specific aims that satisfy the shared positive intention.

Let’s consider a specific example. Suppose we have a company and a union negotiating over a pay deal:

• Step 1: The Union states that they want a 15% pay rise. The company states that they are in financial difficulties and actually want the union to accept pay cuts. Even if we assume the unions position is posturing (perhaps they will accept 10%), the union and company positions seem mutually exclusive and irreconcilable, and you are called in to arbitrate.

• You talk to the company and find that they are concerned about the company’s financial state and ability to make much needed investments in new machinery and processes. If they are able to make these investments they will be more profitable and will maximize the return for their stakeholders, including the owners, managers customers and employees.

• Step 3: By chunking up to this level, we find that both company and union has the welfare of its workers in mind.

• Step 4: By discussing the common aim of workers’ welfare, rapport can be built between company and union. This can be used to gain understanding of other goals, such as maximizing return for the owners and investors who provide capital for the improvements, that lead to the profits that allow the workers to be paid.

• Step 5: Now that rapport has been built, we begin to step down to specifics.

• The union appreciates the need for new investment AND wants a better standard of living for its members now. The company wants to maintain cash reserves to make the necessary investment AND wants to maximize value for its stakeholders including its workers. The company explores ways of improving its health plan at no additional cost to the workers and no cash cost to the company. The company also explores ways of working with the City to improve the schools through corporate sponsorship programs.

By stepping up on stated negotiating positions we can find common ground. This allows us to build rapport between the parties. When we have built sufficient rapport we can begin to step back down to specific actions that are acceptable to both parties and which ultimately satisfy these higher objectives.

We teach parts integration on our NLP training courses in New York.

We hope that you enjoy this NLP video. Search our NLP videos section for other NLP techniques and demonstrations by leading NLP Practitioners including:

We welcome your comments and questions so if you have a query that you would like answered, simply post them in the comments form below. 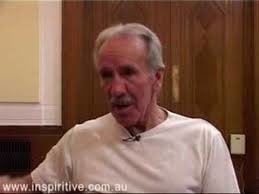 NLP Video – What Is NLP by Dr John Grinder 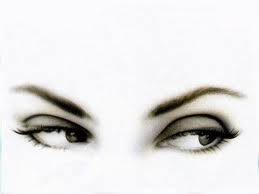 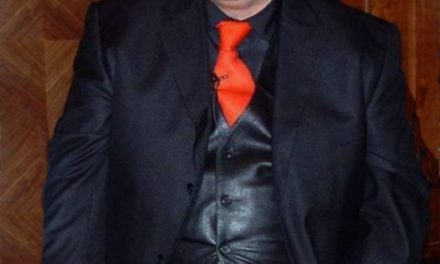 Richard Bandler – What is NLP?