Is Maslow’s Hierarchy Of Needs Still Relevant In 2020? 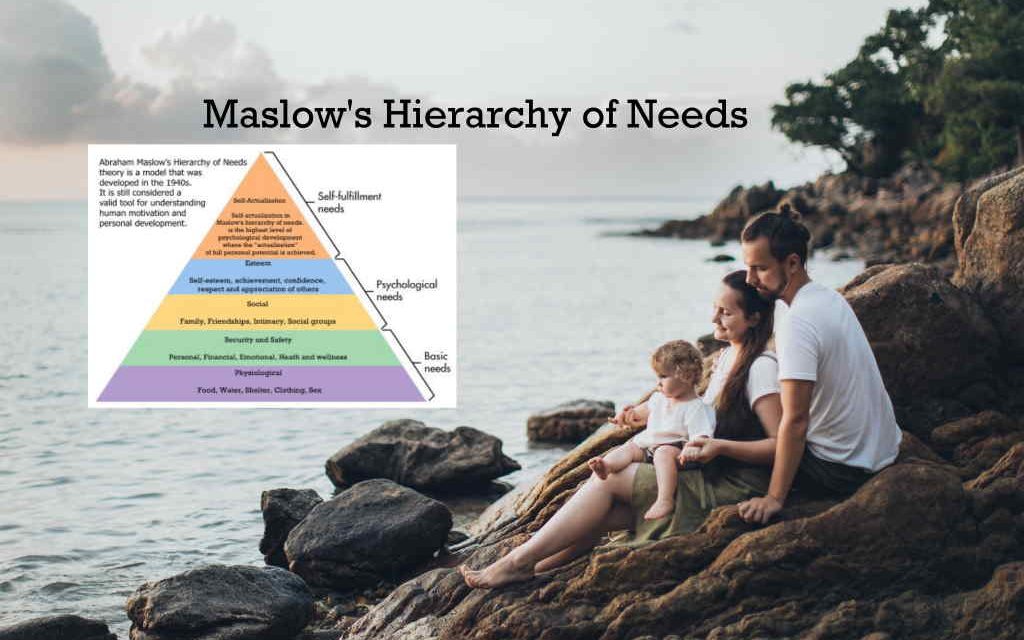 Maslow’s Hierarchy of Needs is a theory that has been used for many decades to explain or define human motivation and development. But is it still relevant in 2020?

What Is Maslow’s Hierarchy Of Needs

Even though Abraham Maslow’s Hierarchy of Needs theory is a model that was developed in the 1940s, it is still considered a valid tool for understanding human motivation and personal development.

According to Maslow’s Hierarchy of Needs, when a human being ascends the levels of the hierarchy having fulfilled the needs in the hierarchy, they may eventually achieve self-actualization.

What Are The Different Levels According To Maslow’s Hierarchy of Needs? 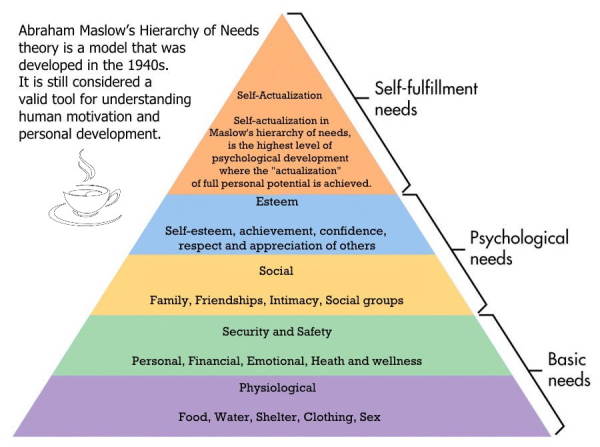 We are all motivated by needs. Maslow’s Hierarchy of Needs explains how these needs motivate us.

According to Maslow, people have five sets of needs which come in a specific order. As each level of needs is met and satisfied, the urge to achieve the next set kicks in.

These different levels cover how we are affected by our Basic, Psychological and Self-fulfillment needs.

Our most basic needs are inborn or inherited and have evolved over time. Once these lower-level needs have been met, people can move on to the next level of needs, which are for safety and security.

However if the basic or lower needs are taken away (for example food and shelter), then we are less concerned with the higher needs.

The 5 different levels are: 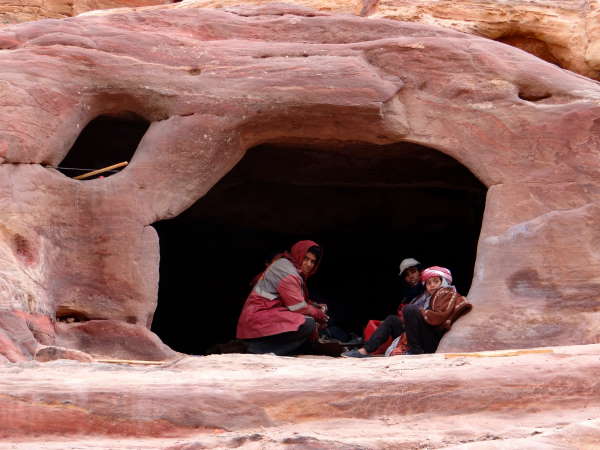 The basic physiological needs are fairly obvious. Just imagine being shipwrecked on a desert island and the essential things are those needed to survive.

Examples of physiological needs include:

Sex is also placed in this level of the hierarchy of needs since it is essential for the survival and reproduction of the species.

Continuing with our survival analogy – having satisfied our basic needs, people want control and order in their lives.

This is where the needs for security and safety take over.

Examples of security and safety needs include:

The world has changed greatly since Maslow developed his Hierarchy of needs. However, despite the changes in society, one important thing that has not changed is our basic physiological needs.

Many countries over the world have seen property prices rocket over the last 40 or 50 years. As a consequence young adults are remaining in their parents or guardians’ homes because they cannot afford to move out and live independently.

This in essence has made them more reliant on their parents rather than being able to begin their own journey of motivation and personal development.

As a result, many young people (without realizing it) are finding themselves trapped in between the second stage (security) and third stage (social).

One of the most important things in Maslow’s view was, the freer the person is from lower level need motivation, the more closely that person approaches full psychological health and self-actualization. 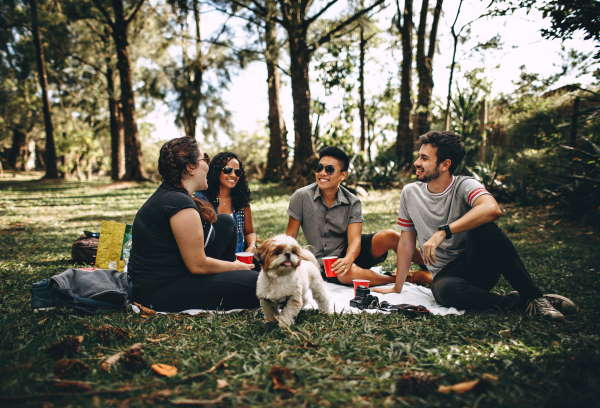 The third step on Maslow’s Hierarchy of Needs are the social needs. At this level, the need for emotional relationships drives human behaviour. These social needs include things such as love, acceptance, and belonging.

Personal relationships with friends, family, and lovers play such an important role in our lives. It is important for people to feel loved and accepted by other people in order to avoid problems such as anxiety, loneliness and depression.

Some of the things that satisfy this need include: 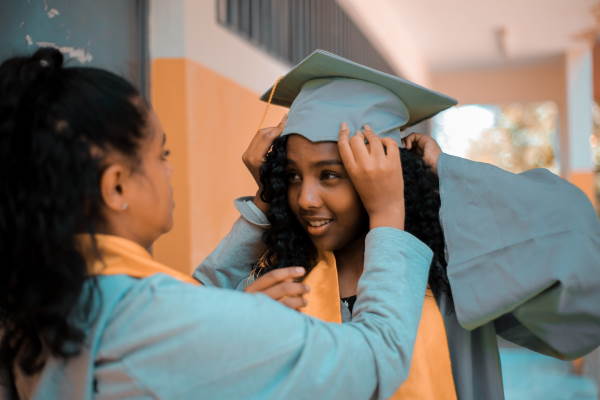 The fourth level in Maslow’s hierarchy is the need for appreciation and respect.

Once the lower three levels have been satisfied, our esteem needs start to take a more prominent role in motivating behaviour.

People have a need to accomplish things and then have their efforts recognized, so it becomes increasingly important to gain the respect and appreciation of others.

In addition to the need for feelings of accomplishment and prestige, esteem needs include such things as self-esteem and personal worth.

People need to sense that they are valued by others and feel that they are making a contribution – this can be to their family, group of friends, society or to the world.

So taking part in professional activities, gaining academic accomplishments, sporting or team involvement and personal hobbies can all play a role in fulfilling these esteem needs.

Those people who can satisfy their esteem needs by achieving good self-esteem and the recognition of others, tend to feel confident in their abilities.

On the other hand, those who lack self-esteem and the respect of others may develop feelings of inferiority.

As more of an individual’s lower level needs are satisfied, they become less important in motivating behaviour, so they are able to seek satisfaction of the higher level needs.

Self-actualization in Maslow’s hierarchy of needs, is the highest level of psychological development where the “actualization” of full personal potential is achieved.

“It may be loosely described as the full use and exploitation of talents, capabilities, potentialities, etc. Such people seem to be fulfilling themselves and to be doing the best that they are capable of doing. They are people who have developed or are developing to the full stature of which they capable.”

But because we all hold different values, wishes and capabilities, self-actualization will manifest itself differently in different people.

However the saying, “What a man can be, he must be.” sums up the importance of striving for self-actualization.

So in conclusion, Maslow’s Hierarchy of Needs really is still relevant today and can also be applied in your business and profession. 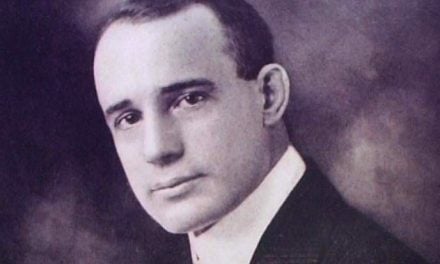 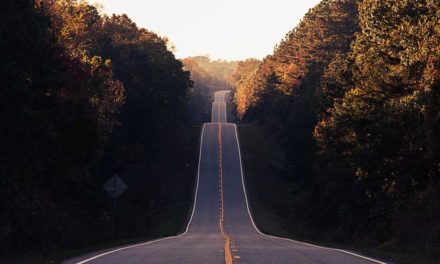 What is a Personal Development Plan? – 4 Useful Tips 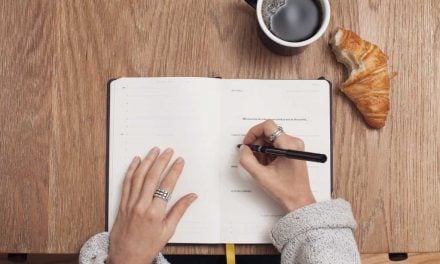 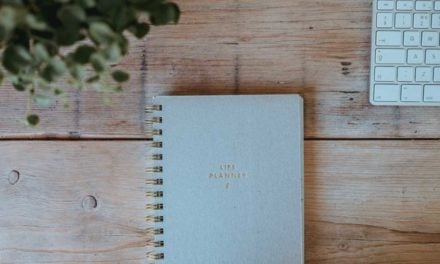